The Future of Peer-to-Peer

Michel Bauwens, Founder of the P2P Foundation and co-author of Peer-to-Peer: The Commons Manifesto, interviewed by futurist Trond Arne Undheim.
In this conversation, we talked about how the world may have reached a tipping point where the balance betwee...

Michel Bauwens, Founder of the P2P Foundation and co-author of Peer-to-Peer: The Commons Manifesto, interviewed by futurist Trond Arne Undheim.

In this conversation, we talked about how the world may have reached a tipping point where the balance between centralized and distributed activity as well as for profit and not for profit activity have overreached its boundaries. In Bauwens’ analysis, historically when this happens, with civilizations such as the Mayans, or the Chinese, a reversal of polarity happens, and society moves into healing mode. The difference this time, is that the system is global, and that we have nowhere else to go. Our challenge now is, whether we are capable of living within planetary boundaries. Bauwens, in this respect, subscribes to a functionalist pulse-wave theory of cyclical change.

My takeaway is that the commons is indeed an interesting seemingly growing sentiment and a reaction to both big capitalism and libertarianism, a third way, if you will. I wrote about this phenomenon in my 2008 book Leadership From Below. Arguably, an increased focus on developing the commons, would help foster a more egalitarian, just and sustainable world. I found Bauwens critique of the crypto-anarchic divide between commoners and libertarians, the latter underlying blockchain quite interesting, as I had earlier perhaps put that effort more in the commons camp than it deserves, because at the surface, they are both about getting rid of the middleman.

After listening to the episode, check out Michel's most recent book, the P2P Foundation, as well as his social media profile:

The show is hosted by Podbean and can be found at Futurized.co. Additional context about the show, the topics, and our guests, including show notes and a full list of podcast players that syndicate the show can be found at https://trondundheim.com/podcast/. Music: Electricity by Ian Post from the album Magnetism.

For more about the host, including media coverage, books and more, see Trond Arne Undheim's personal website (https://trondundheim.com/) as well as the Yegii Insights blog (https://yegii.wpcomstaging.com/). Undheim has published two books this year, Pandemic Aftermath and Disruption Games. To advertise or become a guest on the show, contact the podcast host here. If you like the show, please subscribe and consider rating it five stars. 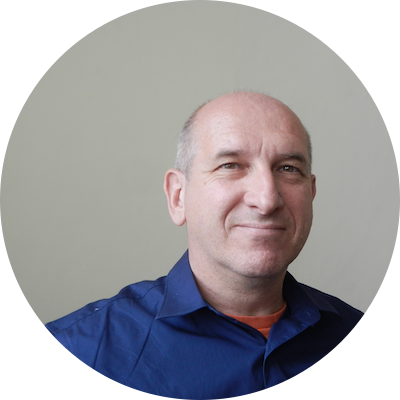 Michel Bauwens is the founder of the P2P Foundation, and an internationally recognized theorist and educator on the commons and the emergence of peer-to-peer systems as a key feature of the digital global economy. Michel travels extensively giving workshops and lectures on P2P and the Commons as emergent paradigms and the opportunities they present to move towards a post-capitalist world. Michel was Primavera Research Fellow at the University of Amsterdam and external expert at the Pontifical Academy of Social Sciences (2008, 2012). He writes on peer production systems, governance, and property and was Research Director of the FLOK Research Group in Ecuador.

Building on his experience in the FLOK Project in Ecuador, Michel has crafted a Commons Transition Plan for the city of Ghent in Belgium. For the next three years he is also adviser to SMart, a fast growing European labour mutual for autonomous workers, seeking welfare reform (commonfare), while looking into bio-capacity-based, contributive accounting mechanisms. He is co-author with Vasilis Kostakis of “Network Society and Future Scenarios for a Collaborative Economy” (2016).

Here are some great episodes to start with. Or, check out episodes by topic.

The Future of Entertainment Episode 133

The Future of AI in Government Season 1 •  Episode 48

The Future of Royalty Season 1 •  Episode 60

Disruption Games: How to Thrive on Serial Failure--Introduction Episode 20